The Director Left No Card


There are two short films that shine like beacons in the fantasy landscape of British cinema that I now consider landmarks of their kind which have left a lasting impression whenever I think of distinctly English filmmaking. Both of these films were directed by the talented Wendy Toye, CBE (Commander of the British Empire). They are THE STRANGER LEFT NO CARD (1952), as well as, the first segment of THREE CASES OF MURDER (1955), the segment entitled "IN THE PICTURE." Both films showcase the acting skills of the incomparable Alan Badel, seen in both at his most decadent until his turn in Stanley Donen's ARABESQUE where he steals all the scenes he is in with the stunning Sophia Loren. 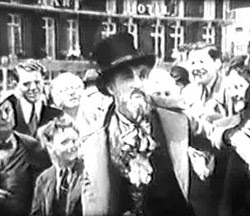 THE STRANGER LEFT NO CARD is only 23 minutes long and cost around three thousand pounds to make in post-war Britain of 1952. Yet its length does not matter as it's director Wendy Toye manages to invest in this short running time a sinister parable, beautifully timed to it's score and performed immaculately by all the principals involved, making something of a star out of Alan Babel (above) in the process. Without spoiling to much of the fun please try and locate this little masterpiece for yourselves, the story concerns a wildly dressed eccentric who arrives by train into a quaint English village where he is quickly embraced by one and all as a harmless clown they nickname "Napoleon." After ten days, the man visits the most respected businessman in the village, a Mr. Latham. With this encounter, the plot transforms itself into something quite unforgettable. 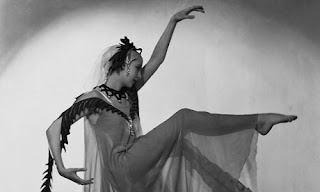 Wendy Toye (left) is something of a legend in the UK. She began her long career as a respected dancer and choreographer. Toye caught the attention of the great impresario Sergei Diaghilev, who, in turn, rewarded her with a place in his exalted Ballet Russe. It was there that she met Jean Cocteau and his influence on her work cannot be underestimated, especially with her two short films here. One can also see the influence of Michael Powell and Emeric Pressburger in her work as well. 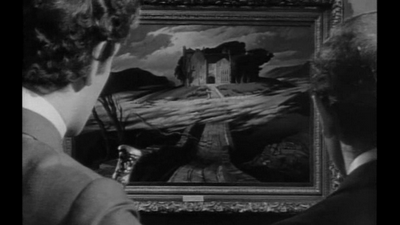 "IN THE PICTURE" is the introductory piece to THREE CASES OF MURDER and is based on a short story by Roderick Wilkerson which concerns a painting that hangs in a museum. This particular painting is supernaturally inhabited by the lost souls of men and woman trapped between two worlds. As the film opens, we observe a rather effete Alan Badel sitting in front of a large painting entitled "Landscape." The glass has been cracked around the frame allowing something otherworldly to escape, yet at this point nothing is revealed for sure. An employee at the museum notices the stranger and sits down next to him. As they begin a conversation, the subject of the painting before them becomes of great interest. As Badel makes the painting more and more important, especially in the details of the landscape itself, the two men rise and walk towards the painting until it magically comes to life, allowing them to enter the painting itself. This is imaginative cinema at it's most enchanting, especially for the period in which it was made.

The photography by George Perinal achieves both an atmosphere of mystery and dread in equal measure, a bit like the ballet of THE RED SHOES, invoking the aforementioned Powell and Pressburger's masterpiece. We never fully understand what these poor souls have done in life to be so punished in this decidedly Gothic location. Are they atoning perhaps for sins so unforgiving that there is no redemption other than living in this half-life? Or is the painting itself a dark projection of there collective fears? The film ultimately questions the role of the artist along with his role in life. Wendy Toye's direction is adroit, as well as, clever, as she seamlessly guides her cast through this maze of shadows and light until the finale, where it
can all begin again, as most dreams have a tendency to do. 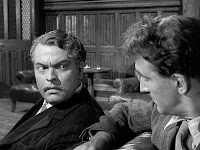 This film is best known for it's final segment involving the great Orson Welles (left). He is "Lord Mountdrago" and it is always a pleasure to see him, especially during this particular period in his professional life. However, it is the first segment that really captures the imagination, shining a spotlight on it's director for this special moment in British cinema.

Wendy Toye would spent the rest of her film career in British comedies unworthy of her talents as a director and she would never again tap into her talent for imaginative and macabre subjects which, sadly, is our loss. Wendy did go on to create some brilliant musical revues of Noel Coward, not to mention, a well received revival of SHOWBOAT. She would follow this up with a major success with PETER PAN, starring film star Jean Arthur as Peter and the legendary Boris Karloff as Captain Hook, a role he enjoyed to the hilt. 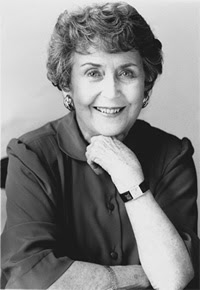 Ms. Toye finally retired after a life in the cinema that left us all a little better for it. A true renaissance artist that I wished had done more, but I for one am grateful for what she left behind.

Here is a mesmerizing clip from "In The Picture."
Posted by The Del Valle Archives No comments: 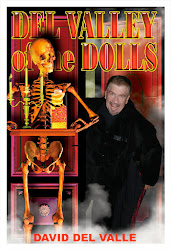 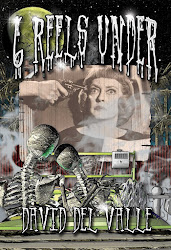 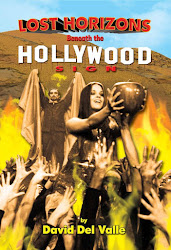 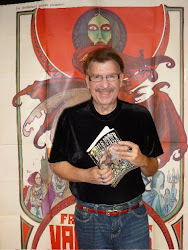 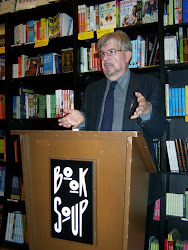 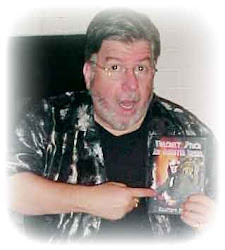 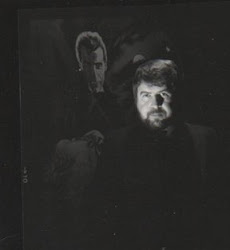 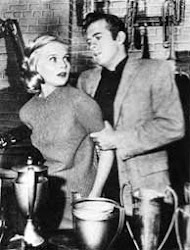 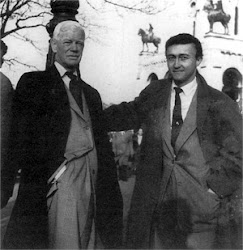 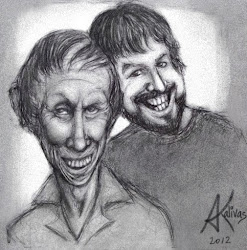 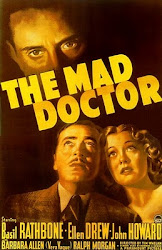